Second parts were never good, or so they say, and on many occasions that is true and in this case it is not entirely so. ‘My Big Greek Wedding 2’ Comes Almost 15 Years Later Since The Original Movie, Directed By Joel Zwick, Was Released. In 2002 we learned about the adventures of Toula Portokalos and his peculiar family, making viewers fall in love with a fresh comedy that, despite containing several clichés of the genre, was a quite groundbreaking proposal for the time and allowed us to know (a little) Greek culture in a nice, stereotyped and above all, funny way. Laughter was assured in this film, proof of this was its nomination for the Oscars in the category of ‘Best Original Screenplay’.

With this sequel, directed by Kirk Jones and with Nia Vardalos again as screenwriter, we see the Portokalos family again many years later. Really, Jones and Vardalos have known how to introduce the film in a very comfortable way, bringing mythical phrases from the first film to recall some of the best situations from ‘My Great Greek Wedding’, such as the now famous speech by Gus Portokalos on his insistence that women should marry young and with a Greek man. In this way, they get a familiar smell (not quite repeating) on ​​the tapeIt’s like seeing friends again after many years.

The problem arises with the development of the plots that open in the film, we find three main stories in parallel that do not fully materialize. The reason? An attempt is made to cover all the characters that intervene in the story, but in the end none of them are developed enough, even those more secondary parallel plots that could have given more of themselves, such as the relationship of Aunt Voula’s son, remain in small brushstrokes, somewhere put with shoehorn. The narrative coherence and the idea to continue the 2002 film, unlike other things, has been successful to innovate the story a bit. It has not become a sequel of generations and that almost the same thing happens again that in the first film, but on the contrary, a crazy situation is forged but that fits perfectly in the style of this comedy. 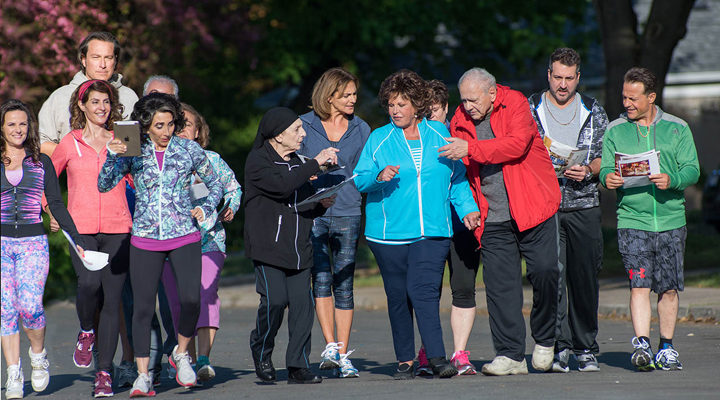 Despite the fact that its main problem is in the concretization of the main stories, not having a consistency in the feature film, as a counterpart, its strong point is to show a reality of what relations between generations are like. Jones reflects the difficulty and differences that exist between love relationships between adults, the elderly and adolescents, as well as the intergenerational conflicts themselves. Through a humor that we could already see in the first installment, an atmosphere of good vibes is created which results in a sympathetic comedy that has very good comedy points and doesn’t take everything seriously. It is true that it is a sequel that falls into opportunism (with the fever of reboots, remakes, etc.), especially because of how the main problem develops (something that is somewhat incomprehensible with all the years that have passed and through the reason that might have been discovered earlier) that it squeaks a bit, but it fulfills its mission and pleases the audience that has already fallen in love with the first part, which, despite not being totally up to it, is not a total disaster either.

The actors’ performances are what is expected, but Nia Vardalos, Michael Constantine and Lainie Kazan return to eat the screen. The rest of the cast also has interpretations that allow the story to be given rhythm but, without a doubt, the best decision of the director has been to give more weight to the character of Mana-Yiayia, in the skin of Bess Meisler. He is one of the characters with whom you will laugh the most. Young Elena Kampouris and Alex Wolff fulfill their role, they do not stop representing the cliché of the misunderstood teenager and the high school nerd boy, but they still don’t bother the story too much either. In general, the choral cast gains a lot in their interventions together, the Portokalos family will always be the Portokalos family. 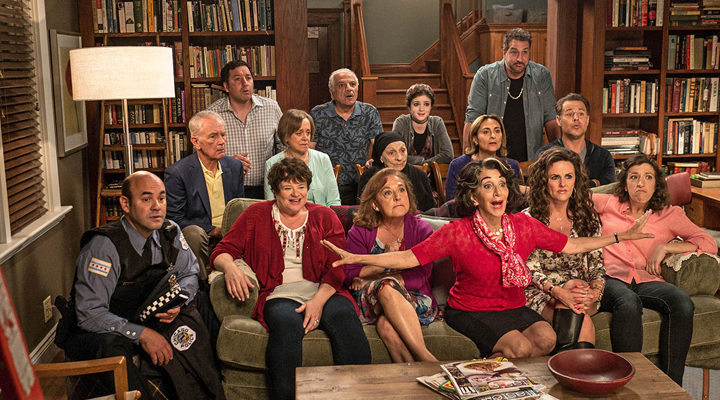 The concept of putting ‘My Great Greek Wedding’ back in the title is none other than a wedding taking place (in addition to calling out viewers who have already seen the first one). The reality is that the director has known how to play with this concept of the film, since the way he does it is surprising. Gone is the beautiful love story of Toula and the handsome Ian, to make way for others. Even so, the intentions of having the character of Toula with most of the weight are not avoided, but we do not see the lost young woman from the first movie anymore. A reflection on where love relationships go after the long-awaited I do and how family and children influence.

It is not known if there will be ‘My great Greek wedding 3’, but as they say, many times a withdrawal on time is a victory. After this sequel, which is not the worst, it would be nice to say goodbye to the Portokalos family and do not try to stretch the gum until it breaks. It is true that there are some unknowns about how the family will continue but the reality is that the plots by not fully curdling they don’t have enough weight to make another movie about it. A worthy ending is better than a hateful continuation. And surely Nia Vardalos already knows.

The best: Listen again to the humor of the Portokalos family.

Worst: The little consistency of the stories.

Many Thanks To The following Website For This Valuable Content.
Criticism, ‘My great Greek wedding 2’: Love in three generations