Big Rumble Boxing: Creed Champions is a boxing title developed by Survios which is located in the cinematographic universe of Adonis creed, apprentice of Rocky Balboa. In it, we will embody mythical characters from this franchise, with a game style that will make us consider each fight strategically.

A legend that continues to be written

The impact of the “Italian Stallion” films in pop culture is undeniable, and continues to be more present than ever by the hand of the successor of Apollo Creed. Currently the productions starred by Michael B. Jordan will go their own way saying goodbye to Sylvester Stallone of the role of Rocky Balboa.

Despite the fact that millions of people know the history of these emblematic figures, there is still much to tell, especially the lapses between each film, as well as their previous experiences in their respective story arcs. The arcade mode brings us closer to these events in a quick and easy way, so that those who enter this saga for the first time will not feel oblivious to all the events narrated.

A total of 20 different characters tell how their lives were linked with Adonis, Apollo or Rocky inside and outside the ring; A curious fact is that Mexico is a crucial part of its most critical or unfortunate moments. It caught our attention that it also superficially explores the aspirations of the most famous villains of these films such as Clubber Lang O Ivan Drago.

At the end of all the combats we will unlock variants of outfits, as well as other characters to play in this section.

In versus mode we are given the possibility of facing another player locally, in the same way we will have the opportunity to choose the computer as an opponent. As a result of these duels we will unlock more rivals to select later.

It should be noted that all the available difficulties exert a considerable level of pressure on the player, so we suggest you train as many times as possible to improve your response capacity. 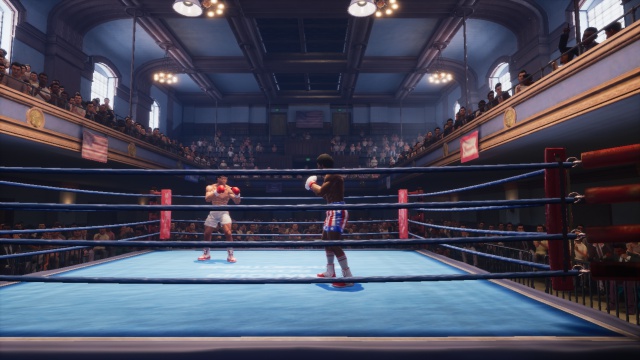 Whether we opt for a USB controller or the keyboard to play, the commands to perform attacks, defenses or special movements are easy to learn, since they are assigned to a specific button.

In the upper left corner we find the standard of living, as well as the percentage of resistance available to raise our guard, this aspect we must not lose sight of if we want to win.

The challenge later consists of correctly chaining each blow to make forceful combos, and at the same time measure the opponent’s rhythm by moving inside the ring. If we do the right sequence, we will be able to break his guard or stun him to score crushing blows. 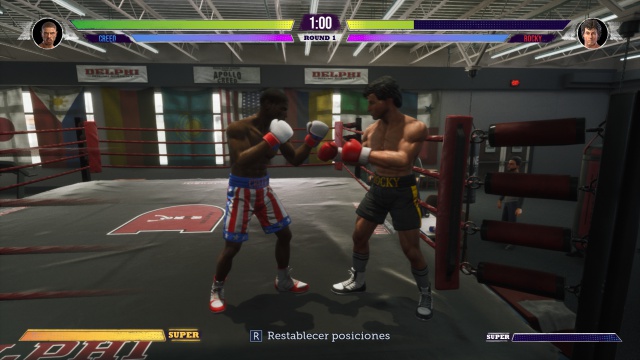 In the same way we can perform super movements, these are the special abilities of each character and usually consist of one or more blows that drastically reduce the health of our adversary, they can be avoided by raising the guard and dodging them.

They are not linear encounters, the ropes and corners of the ring also serve as support to make our opponent lose his balance and give him several punches.

The movement that most caught our attention are the so-called landslides, which allow us to make accurate counterattacks to our opponent if we correctly quantify how and when each blow is scored. 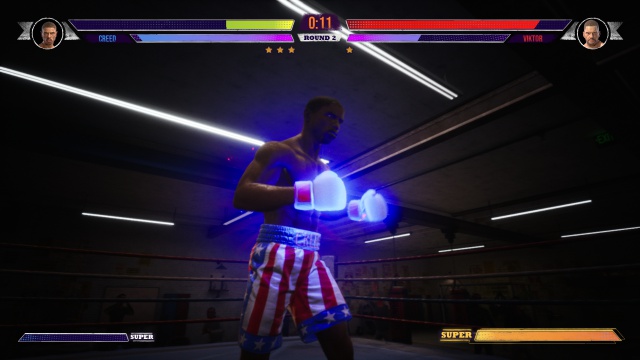 Despite being an animated vision of this film saga, each character maintains its particular physical characteristics, so that the frame is unmistakable.

The stages are reinterpretations of stadiums and unique locations seen on tapes such as “Rocky IV” O “Creed II”, Just to mention a few, so some details do not correspond to the originals.

Each hit and special move is accompanied by a colorful pattern that illuminates the screen in a unique way, adding a special factor to each encounter. 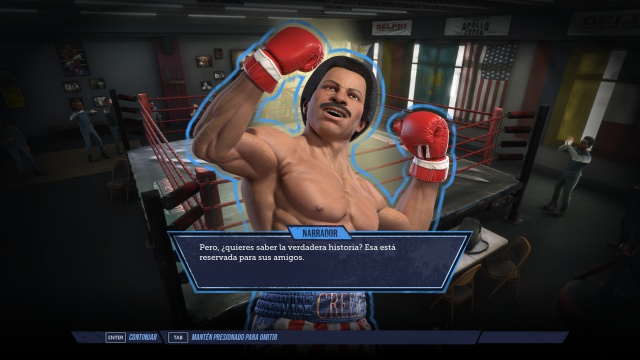 Certainly this video game is influenced by the new Adonis Creed tapes, so from the first moment we listen to songs in rap or hip hop full of energy. We also find an enriched catalog with new songs, some of them old classics that made the original series musical; the nostalgic but modern character of this work is more present than ever.

Although as such there are no dialogues within this video game, the developers were in charge of looking for voice actors similar to the original protagonists; Michael B. Jordan, for his part, lent his voice to Adonis Creed. However, the result is quite enjoyable for the viewer and allowed us to relive unique moments from the big screen. 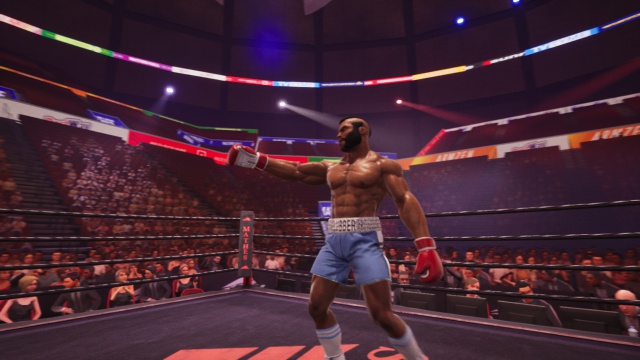 We are 45 years after the premiere of the first film starring Sylvester Stallone, which inaugurated an exciting public approach to boxing. We are currently experiencing a generational transition that is under the legacy of Adonis Creed, who has captivated new fans of the saga with his most recent films.

Big Rumble Boxing: Creed Champions makes much of the narrative universe of Rocky and Creed available to the public with a fairly friendly and compact compilation. In addition, the progressive learning system with the control dramatically increases the player’s options for attack or defense.

We consider that the absence of an online section, as well as otherwise away from conventional combat, would have added a plus to the interesting content it offers.

The replay value granted by the unlockables in both modes, as well as the expansion of the history of all its characters, are characteristics that will interest fans or new fans of the franchise.

THE MOST SEEN IN …

Many Thanks To The following Website For This Valuable Content.
Deep Silver: Big Rumble Boxing: Creed Champions, a very special boxing game | Technology