Since horror cinema saw in Gothic literature a way of exploiting archetypes and clichés, There were many characters that became part of the popular imagination as the first heroes and villains of genre cinema. From Dracula and his arch enemy Van Helsing, to Dr. Frankenstein and his terrifying and hopeless creature, to monsters such as the Hunchback of Notre Dame or the Phantom of the Opera. All of them had been born between the pages of a book.

However, and in the same way that would happen with the Wolf Man, there is a figure whose representation on screen was not directly linked to the existence of the Gothic novel: the mummy. As it had happened in the case of the cinematic lycanthropes, the mummies were more a cluster of ideas fruit of the convergence between ancient myths and folklore legends and certain aspects of pulp literature, to which what we might well consider as the subgenre on mummies owes much.

If there is something that has been purely characteristic in almost all the cinematographic incarnations of the mummy, it is the fact that the plots from which they start always have two ways to follow: or the ancient body returns to life with the intention of regaining an old love, or does it with the sole intention of sowing panic in the contemporary world in which he has woken up.

1 Boris Karloff in ‘The Mummy’ 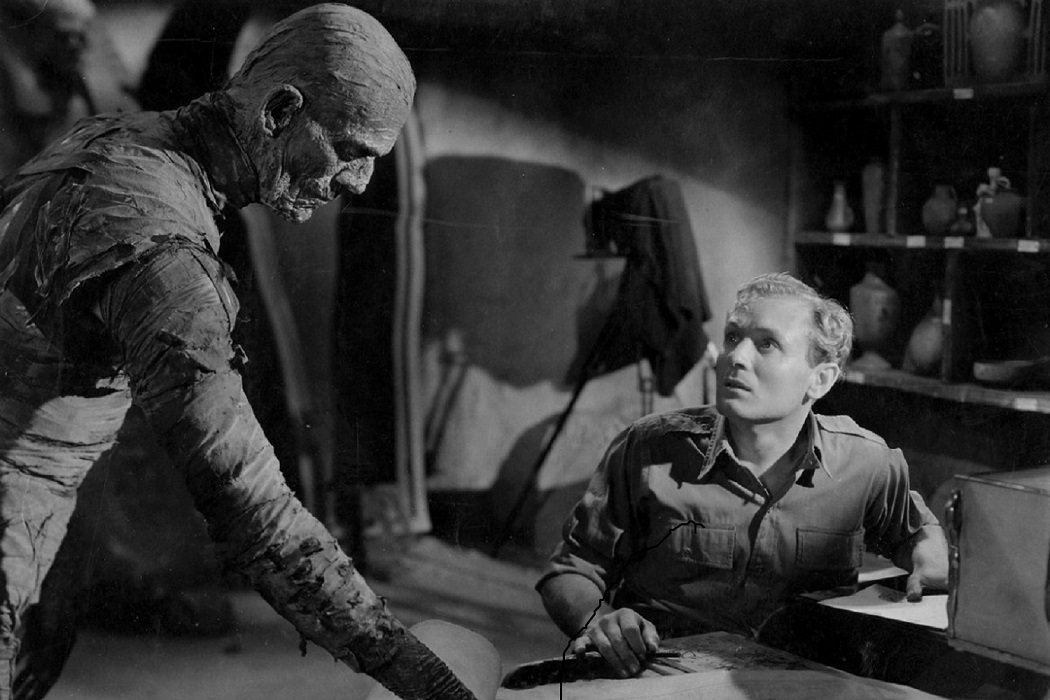 A year after Universal adapted ‘Dracula’ and ‘Doctor Frankenstein’ to the screen, and with the intention of continuing to expand its universe of monsters to exploit on screen, ‘The Mummy’ arrived.

Directed by Karl Freund, the story told us how archaeologists desecrated the tomb of an ancient Egyptian priest, Imhotep, who was played by Boris Karloff as the first ever movie mummy. 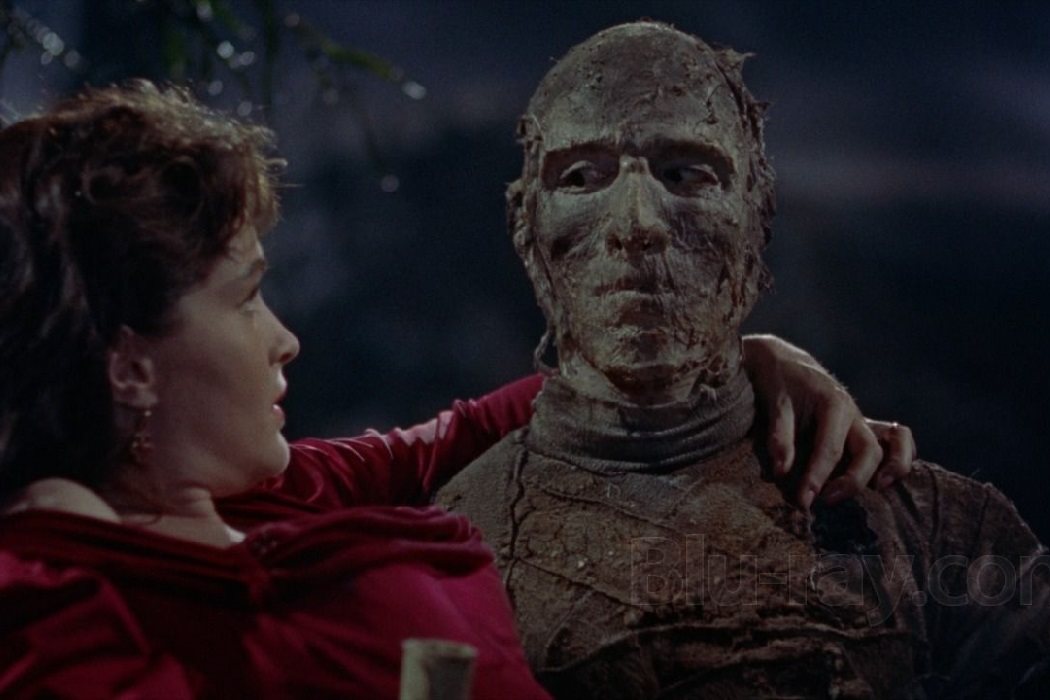 After the brief cycle of the titles of ‘The mummy’ for Universal, it was evident that with the revival of the gothic horror of the Hammer it would also be resurrected. And he did it in 1959 by the hand of Terence Fisher.

On this occasion, the story introduced us to two archaeologists, John Banning (Peter Cushing) and his father Stephen (Felix Aylmer), who while in Egypt researching Princess Ananka, will mistakenly bring to life Kharis, the relentless the princess’s keeper, played by Christopher Lee.

3 Valerie Leon in ‘The Blood on the Mummy’s Tomb’ 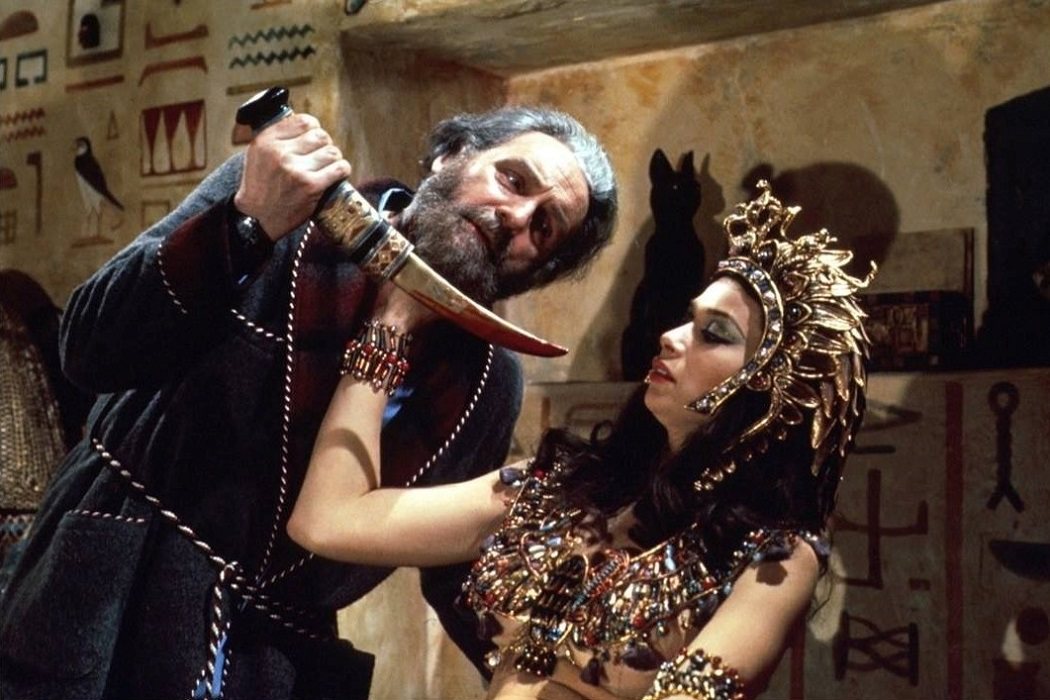 Continuing its side of pure exploit cinema, in the 70s the Hammer continued to exploit its monster universes. In 1971, ‘Blood on the Mummy’s Tomb’ was released, directed by Seth Holt and Michael Carreras.

In it, Valerie Leon played Tera, an evil Egyptian queen who had been buried alive after having her hand amputated, and whose grave Professor Fuchs (Andrew Keir) will find. After the already countless adaptations and revisions that ‘Dracula’ had had, this new approach to the mummy cinema opted to adapt another story by Bram Stoker, ‘The Jewel of Seven Stars’.

The same story was adapted again to the cinema in 1980 by Mike Newell under the name ‘The awakening’.

4 Michael McKay in ‘A Mind-blowing Gang’ 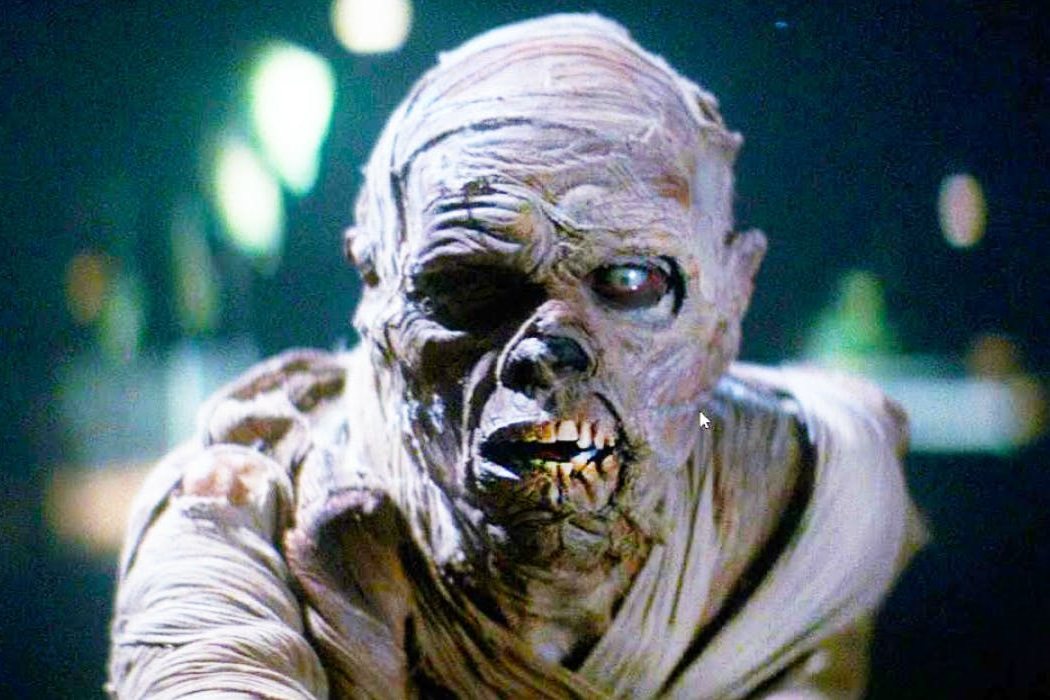 From the hand of Fred Dekker, in 1987 ‘An amazing gang’ was released, in which the spirit of the cinema of the eighties paid its heartfelt tribute to classic terror, bringing with it the very Dracula, Werewolf, the creature of Frankenstein, an amphibian monster and even a mummy, played by Michael McKay.

In this story created by Dekker and Shane Black, a group of children must face the threat that will endanger their peaceful town. 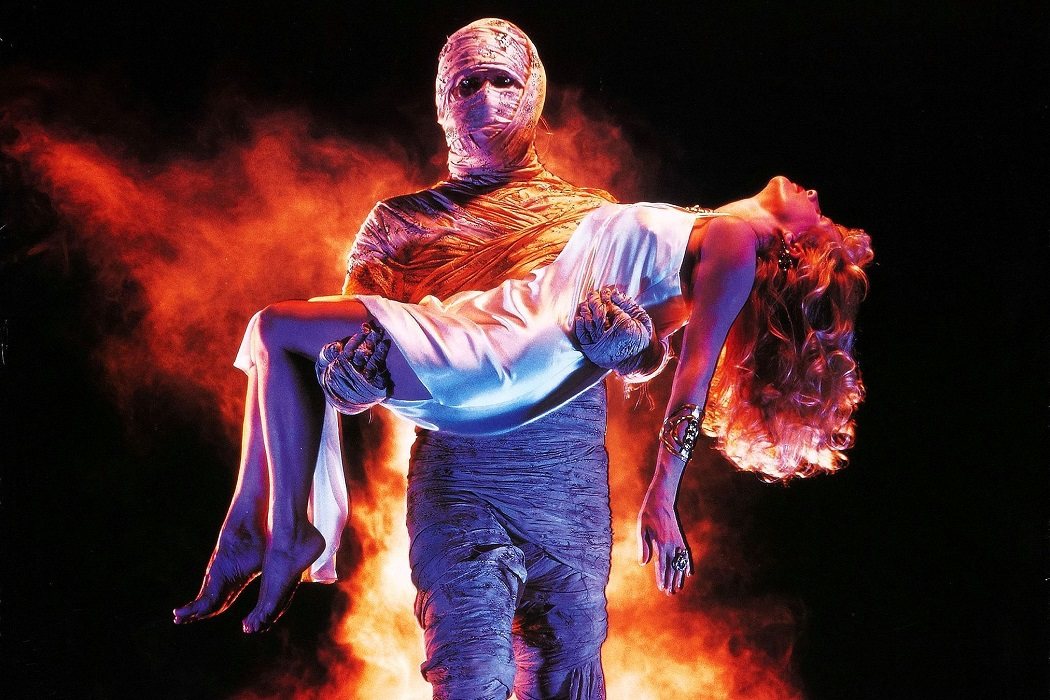 Adapting a story by Edgar Allan Poe, in 1993 Gerry O’Hara directed ‘The Mummy Lives’, a series B film that deserves to be rescued from the oblivion into which it fell even if it is for having dared to delve into the universe of mummies when the subgenre was now obsolete.

In it, Tony Curtis will be in charge of playing a double role: that of Dr. Mohassid and that of Aziru, a millennial mummy who returns to life and becomes obsessed with a woman whom he considers the reincarnation of his former beloved.

6 Enzo Junior in ‘The Shadow of the Pharaoh’ 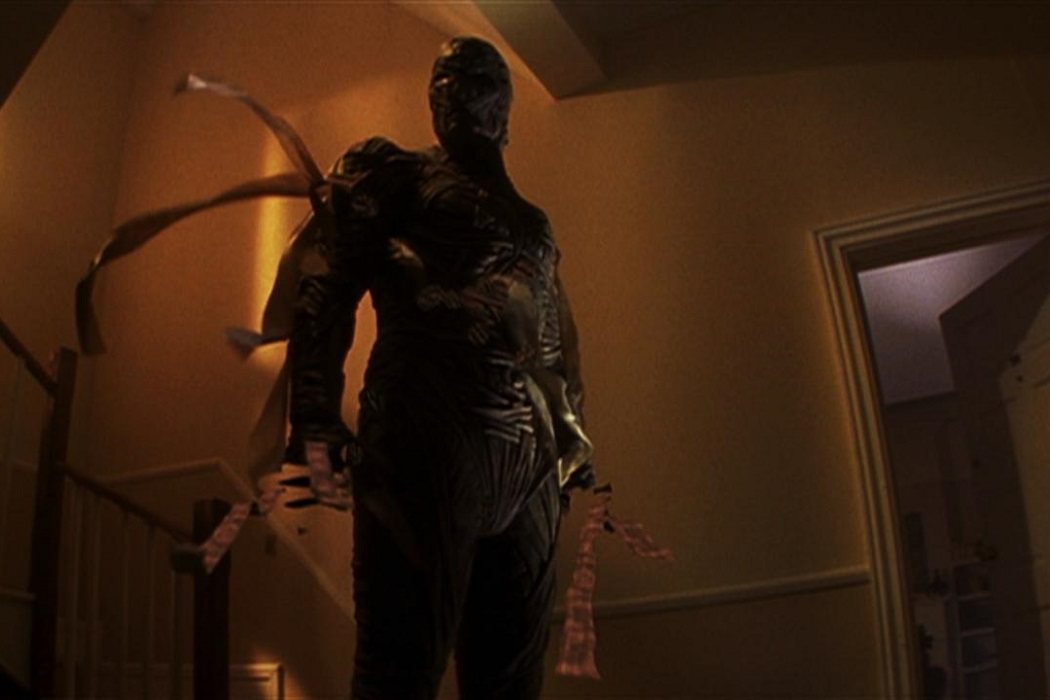 A year before mummies were back in fashion, Russell Mulcahy was directing “Shadow of the Pharaoh,” a series B-soul horror title that even featured a guest appearance by Christopher Lee.

Starring Jason Scott Lee, Enzo Junior played Talos, a millennial mummy carried from his tomb in Egypt to the British Museum, where he will sow terror in unimaginable ways.

8 Belphégor in ‘The Pharaoh’s Mask’ 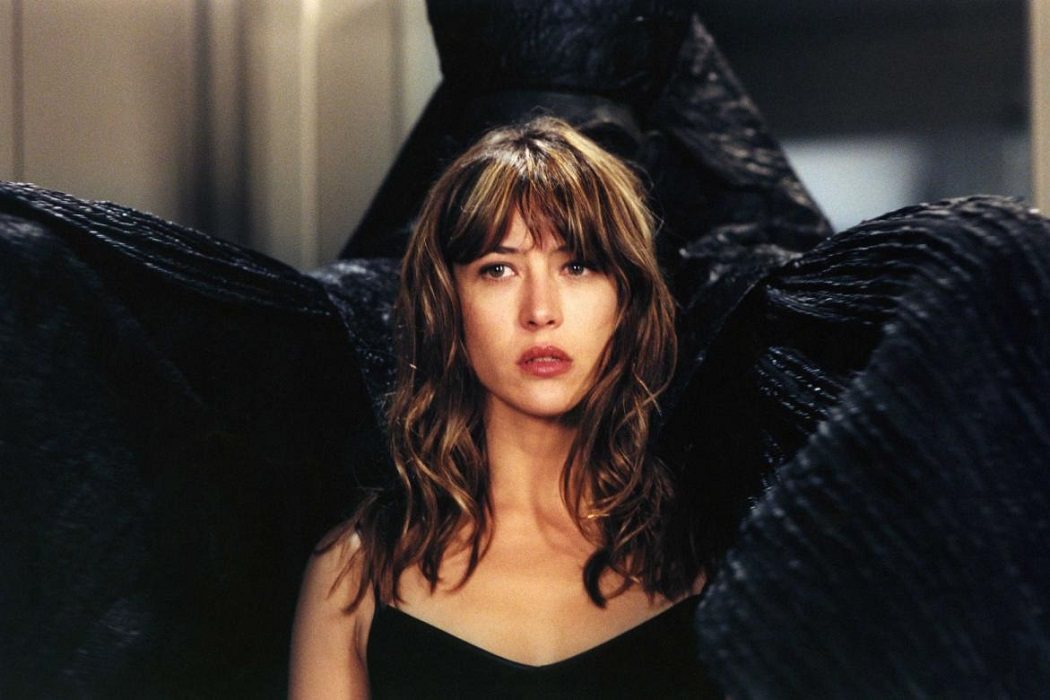 It was 2001 when Jean-Paul Salomé brought Belphégor back to the screen, the villain protagonist of the horror novel by

In ‘The Pharaoh’s Mask’, Sophie Marceau faced the horror imposed by Belphégor, an evil spirit who will wreak havoc at the Louvre, becoming the first horror film shot in the mythical Parisian museum. 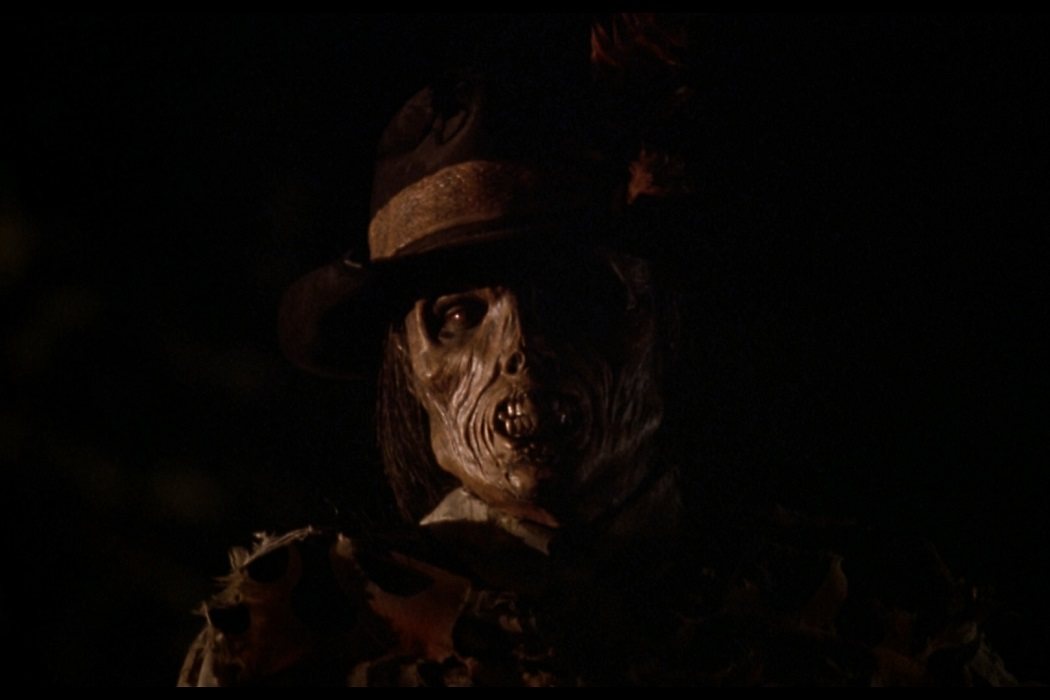 Don Coscarelli was already more than established as a cult filmmaker thanks to the ‘Phantasma’ saga. That is why in 2002 he followed in his wake as a filmmaker attached to the B series thanks to ‘Bubba Ho-tep’.

Based on a story by Joe R. Lansdale, it had a Bruce Campbell in the shoes of Elvis Presley himself, who lives hidden in a residence in Texas under the name of a former fan of his.

Together with a man who claims to be John F. Kennedy, they must face an evil Egyptian mummy that is wreaking havoc in the asylum. 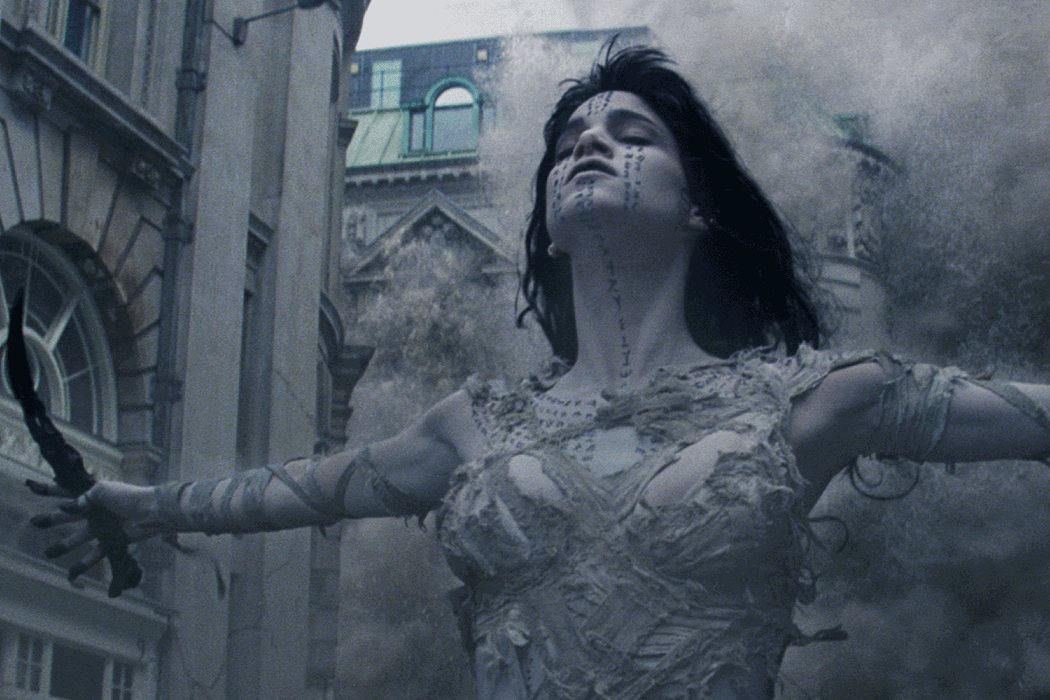 With the intention of inaugurating a new revision of Universal’s classic monsters, in 2017 ‘The Mummy’ was released, a new example of the hybridization of terror and adventure that did not end up as many expected.

Wanting to give a twist to the myth (or recovering certain aspects of the terror of the Hammer that some overlooked), the Egyptian entity that the protagonists had to face now had a female body with the face of Sofia Boutella.

Tom Cruise’s commercial hook did not make the start of this new Dark Universe come to fruition.

Regarding the first option, this is where the mythology of the mummy itself connects directly with certain aspects of Gothic literature, thus emulating Count Dracula wanting to regain the love of his beloved Mina, even though centuries of her existence have passed and she has to settle for a reincarnation of this.

Names like those of Christopher Lee, Boris Karloff or Tony Curtis have been some of those who have embodied some of the most famous mummies of cinema, whose representations on screen have not always been associated with that representative archetype that comes to show such a fearsome creature as a heap of bandages, but does so by being something closer to the figure of the undead. In this special present, we select ten of the most famous mummies that the cinema has given us.

Many Thanks To The following Website For This Valuable Content.
From Boris Karloff to Sofia Boutella: 10 movie mummies