Penguin Bloom is a new film starring Naomi Watts, which focuses on her character, Sam Bloom, her husband, and their three children. Her life changes when after an accident she is paralyzed and a new member of the family suddenly appears: a baby magpie that has been abandoned after having fallen out of its nest and which they baptize as Penguin Bloom. The arrival of this animal is a welcome distraction for the Bloom family, finally making a huge difference to Sam, teaching her to live again.

The premiere of the sequel to the horror film “Fear Street Part 1”, based on the series of novels of the same name that tells different stories that take place in Shadyside, Ohio, is here.

The story takes place, once again, in the cursed town, where a wave of massacres sows fear in Camp Nightwing and turns a summer of fun into a stark struggle for survival.

A deep immersion in the work of the renowned Mexican journalist Manuel Buendía seeks to clarify his murder and the links between politics and drug trafficking.

This Mexican-style action film takes up the story of El Mariachi, a mysterious guitarist, who returns to take revenge for the death of his lover and the mutilation of one of his hands. You will meet Carolina, the owner of a cafe-bookstore in a town dominated by a gang of drug traffickers. When she meets the Mariachi, she understands that her destiny is going to change. Together they will challenge Bucho’s gang to a bloody duel.

In addition to new films, new series and seasons are added:

This fiction created and written by Robia Rashid premiered its last and fourth season on Netflix, and with this closes the story of a boy, Sam, who tries to lead a normal life despite the overprotection of his parents and the non-inclusive world in the one that unfortunately we live.

Sam is 18 years old and autistic, he goes on a journey to find himself, know love, independence and challenge his family.

In this last season, Sam will have new challenges and dreams, because as you grow up you begin to understand what your mission in life is or what the rest of it really wants to do. The young man, who is no longer a teenager because he is about to turn 21, will find a new goal linked to his greatest passion: penguins.

The third season of Virgin River, one of the most successful romantic series of recent years, is now available on Netflix.

The story stars Melinda Monroe, who decides to start from scratch and leave Los Angeles, so she answers an ad to work as a nurse in Virgin River, a remote northern California town near the Rocky Mountains, and moves. But once there he discovers that life is not as simple as he expected.

In the third season new situations arrive: A funeral, a fire, a divorce, a hurricane and a new romance, in addition to meeting Jack’s sister, Brie (Zibby Allen), described as a smart, daring and aggressive lawyer who is be very funny. Also unveiled will be Lilly’s daughter, Tara Anderson (Stacey Farber), who helps raise Chloe while her three siblings live away from home.

It is a sarcastic documentary series where historical despots demonstrate how an aspiring dictator must learn to the letter the manual of absolute power to rule with an iron fist. The series thus explores how the best-known dictators in history became the figures we know today and how they came to that power. 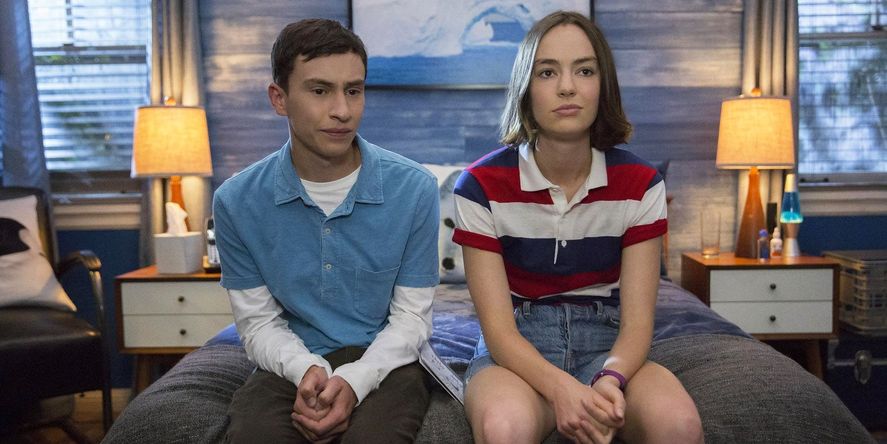 “Atypical”, one of the series that premiered season on Netflix “Beastars”, one of the series that premiered season on Netflix “La cocinera de Castamar”, one of the series that premiered season on Netflix “A place to dream”, one of the series that premiered season on Netflix

Many Thanks To The following Website For This Valuable Content.
Netflix premieres: The best movies and series from July 10 to 16, 2021