Despite being one of the newer platforms, Apple TV is having an excellent track record with a significantly higher hit rate than its more prolific competitors. ‘Servant’ is a magnificent example of their strategy looking for quality series with big names in front of or behind the cameras that can be used in their promotions.

‘Servant’ has the hook of the presence of the prestigious filmmaker M.Night Shyamalan in his second television foray after ‘Wayward Pines’. His role as executive producer and director of some episodes allows him to give opportunities to some members of his family to make their first steps as screenwriters or directors, being quite faithful to his peculiar style in which you never know where it begins and where it ends. reality.

After seeing the 2T of ‘Servant’ I must advance that it is not a series that is exciting me, because in this second installment it has confirmed what I feared in its first season. My initial reluctance was due to my doubts that its risky premise had enough travel to maintain the tension and the attention of the viewer in series format and the truth is that as the episodes go by, it is increasingly clear to me that its ideal duration was that of a movie as I am going to analyze next.

Synopsis: A young Philadelphia couple of well-known television reporter Dorothy and culinary expert Sean are experiencing a serious marriage crisis following the accidental death of their thirteen-week-old baby Jericho, which has plunged Dorothy into a deep depression.

As part of the therapy, Dorothy must take care of a baby-replica in the shape of a doll to adapt to her loss little by little, but things do not improve exactly, especially when Dorothy decides to hire a nanny Leanne, to take care of her baby- reply, to the astonishment of her husband and her brother.

Leanne’s entry into the Turners’ mansion will break the couple’s precarious balance, causing a series of difficult-to-explain events that are beyond their control and that will completely overwhelm them.

The beggining: Tony Basgallop is a British screenwriter with a long career who began in the soap opera ‘Eastenders’ to take his first qualitative leap writing the miniseries ‘To the Ends of Earth’ with Benedict Cumberbatch.

Subsequently he has done everything from heist series like ‘Inside Men’ to house mysteries like ‘What Remains’, until when he started working on the sequel ’24 Legacy’, he decided to make the leap to the USA, to continue his career with series like ‘Outcast’ or ‘Berlin Station’.

The premise of the series had many in the head of Basgallop (right), from the moment his first child was born, seventeen years ago and he began to think about how his life was going to change, but especially about the possible misfortunes that They could happen to the newborn. 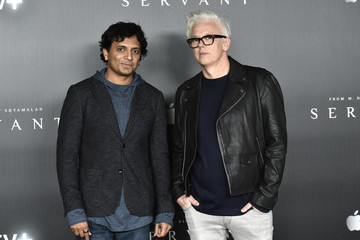 Over the years and in his dead times, he began to develop the story when he learned about this baby-doll therapy as a replacement for a deceased newborn, until he began to write the first two episodes. Through his producer he got in touch with director M.Night Shyamalan (left) who was studying new projects and they quickly hit it off to develop and sell the series by changing the setting to Philadelphia, the director’s hometown and which he knows well.

With Shyamalan on board and committed to directing the first episode, it didn’t take long for the nascent AppleTV to bet on the project and give them the green light for a ten-episode season.

Its premiere was in November 2019 and the trailer was already a declaration of principles of the aesthetics so characteristic of the director of Indian origin.

The plot: ‘Servant’ is presented as a claustrophobic mystery on several levels that takes place almost exclusively in the mansion owned by the Turners, where the four main characters and the guests who appear around the mansion at different times in history interact.

Those four protagonists are in the first place, Sean and Dorothy, the two components of the Turner marriage, in the midst of a relationship crisis due to the death of their baby. Another almost permanent presence in the house is Julian, Dorothy’s little brother who is very concerned about his older sister’s mental health.

The fourth character in contention is that nanny Leanne, who as an external element to the family dynamics works as a disruptor character of the precarious family balance where more things are kept silent than are said.

The character of Leanne opens a big wedge between the marriage, since it gives Dorothy the mental stability of knowing that her baby-doll will be well cared for and in this way she can rejoin the television newscast where she works as a street reporter. .

On the other hand, for her husband Sean, it means an unacceptable intrusion in his life, partly because he is unable to understand that he has to hire a babysitter to take care of a doll and secondly because by working at home, experimenting with all kinds of culinary recipes. , you must interact much more with that upstart in your home. A sample of Sean’s culinary work, they have it in the following video.

The dynamics of these four characters are subjected to various mysteries whose truth only they know and do not share with the viewer until we have spent enough episodes trying to guess what happened.

In the first place, the mystery of the circumstances of Jericho’s death that flies over the mansion at all times, but no one explains it to us. In a second level we have the enigmatic Leanne who little by little shows that she has her own particular agenda and that she increasingly complicates all the things that happen in that mansion.

The rest of the characters are very minor and only appear in a few episodes when they visit the mansion for a celebration or to visit one of its tenants, with the sole exception of brother Julian, who tries to be everyone’s accomplice with quite unexpected results. .

‘Servant’ has an excellent technical invoice, especially in the episodes directed by M.Night Shyamalan, where he can show off with very elaborate shots and a very skillful handling of the camera, very stimulating from an aesthetic point of view, as he explains the director himself in the following interview.

The problem comes from the part of the script that does not manage to maintain the narrative tension with the two great conditioning factors that mean the almost exclusive confinement to the Turner mansion and the presence of only four characters with narrative substance.

In the first season, the dosage of the revelations about the secrets of the members of the mansion is very clever, which together with the short duration of the episodes, make those chapters in which the story stagnates pass faster, with any excuse of a subplot involving a casual visitor to the house.

On the other hand, in its 2T, the problem has been aggravated by continuing to stretch a story that did not give much of itself, entering on too many occasions in loops of marginal plots that were exhausted in just twenty minutes and what is more serious without being very clear about where they wanted to take the four main characters after the revelations of the initial mysteries, with a confusion that can be seen from the trailer of their 2T.

It has not helped ‘Servant’ in this Q2 to opt on some occasions for mere visual effect as in the two episodes directed by Ishana Shyamalan, the director’s daughter, too indebted to her time as a video clip director.

‘Servant’ has not seemed like a bad series to me, but it has made me eternal in its second season, with only two or three episodes that move the story forward, leaving the rest for various speculations, highlighting on the negative side everything related to the two male characters, both developmentally and interpretively, most notably the deadpan Toby Kebbell, a black hole in the cast, as husband Sean.

Nor would it have been bad for him to air a little more the plots, leaving the claustrophobic environment of the mansion more frequently, because the action consisting of going up and down stairs and opening and closing doors has a limit, which ‘Servant’ has exceeded.

Actors:
Lauren Ambrose was one of those actresses who was known almost exclusively for a phenomenal character, the young Claire Fisher from ‘Six Feet Under.’ Everything he did after was compared to that great character and he always lost, so he decided to take refuge in the Broadway tables for many years, 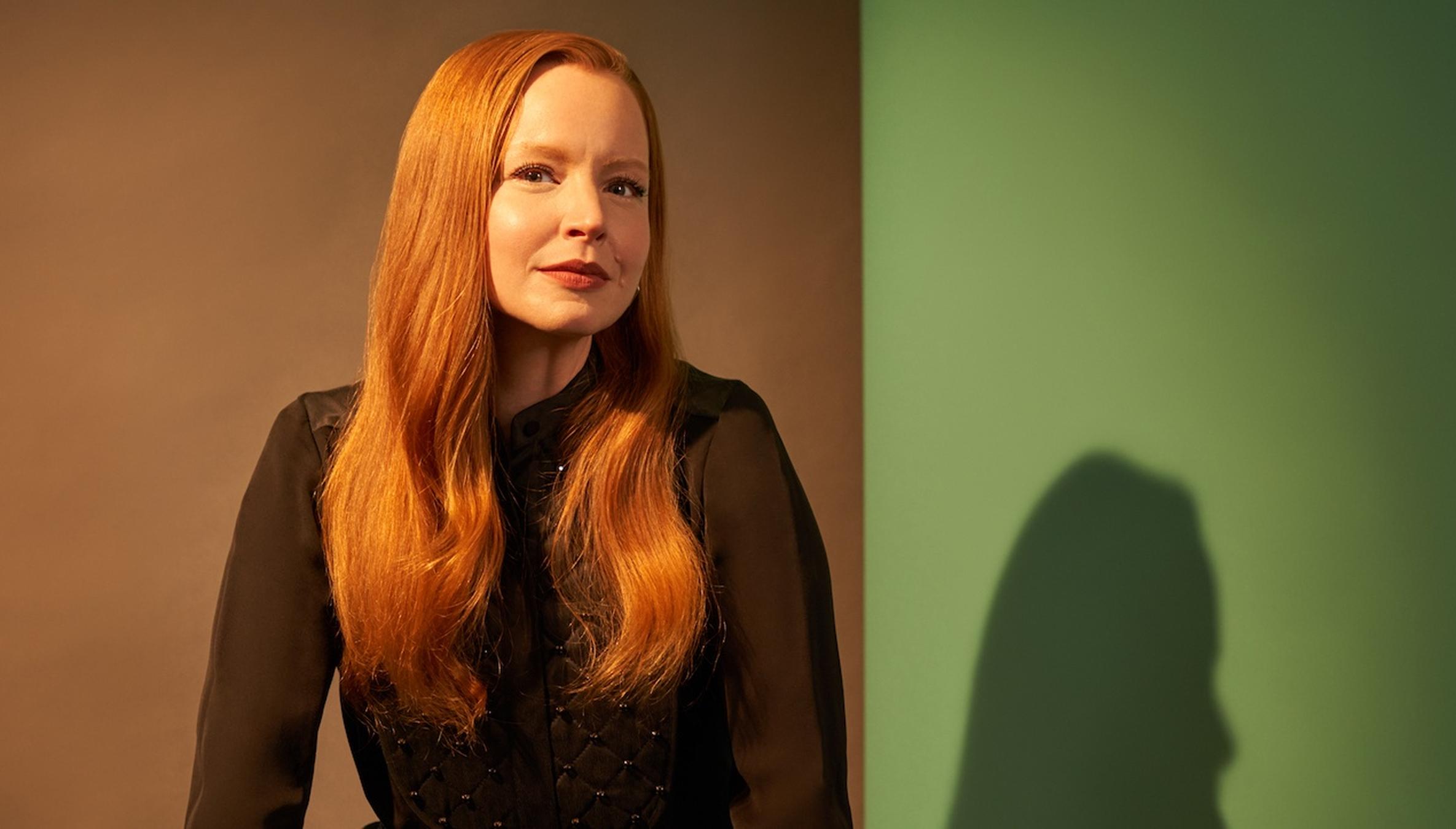 Luckily, her composition of the deranged Dorothy is impressive as a person consumed by the loss of her baby with a guilt and grief reminiscent of the daily stories of her former character as Claire Fisher. Lauren Ambrose is like a fish in water and manages to convey with a very controlled conviction that reaches the audience completely by being the absolute center of the story.

I hardly knew the British actor Toby Kebbell, having developed almost his entire career in English cinema, but from the first episodes I was quite clear that it was a glaring casting error, being erased by Lauren Ambrose in all the scenes they shared without succeeding be at your height. I did not understand his constant expressionlessness in all kinds of situations with little empathy towards his wife’s problems, making good the phrase if you are not part of the solution you are part of the problem, with that continuous feeling that any element of his kitchen seemed to me more interesting.

Nor has I been very convinced by Rupert Grint, a student of the school of Harry Potter films, who has made him world famous, but who has not managed to reissue in all his subsequent projects, including two insufferable characters in series like ‘Sick Note’ or ‘Snatch’. 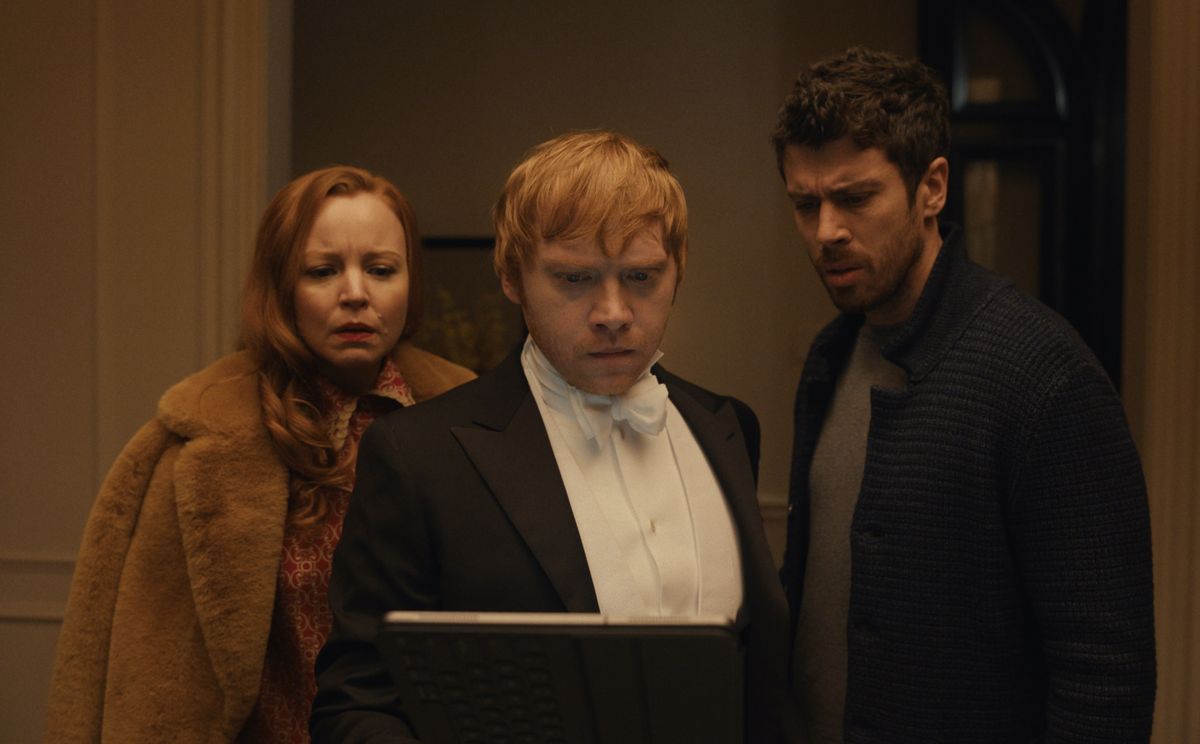 This time he meets as Julian, Dorothy’s brother, thanks to having Toby Kebbell’s stupid as his sidekick in adventures, something that revalues ​​any actor, but his character lacks its own entity if not in relation to his sister and that. It limits your possibilities quite a lot.

On the contrary, the young Londoner Nell Tiger Free does find the ideal tone to play the mysterious and enigmatic nanny Leanne, from the moment she accepts the position of babysitting a doll, with what that entails. 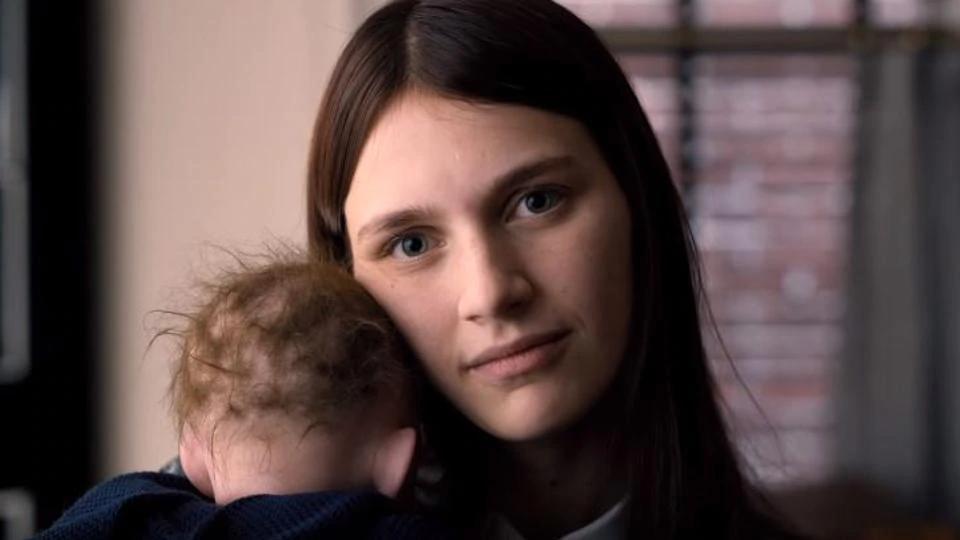 Despite his youth and little experience, his capacity for these kinds of strange and mysterious roles never ceases to amaze me, after starring in another eccentricity like ‘Too Old to Die Young’ by Nicholas Winding Refn, in a series rarer than a green dog.

If you like claustrophobic mystery thrillers or movies by M.Night Shyamalan, ‘Servant’ can be a great recommendation because it is a story completely consistent with the author’s work, especially from an aesthetic point of view.

In addition, being renewed by a 3T, they will be able to have the solution to the enigma that arises in the last scene of the second season that opens the doors wide for that continuation.