The race for the Oscar for Best Actress is on fire. Since the presentation of Spencer at the Venice Film Festival, Kristen Stewart became the first favorite to succeed Frances McDormand in the list of winners. Unfortunately for the passionate community of fans of a young star who has managed to break away from the shadow of the saga Twilight in their transition to an adult career, 2022 has only brought bad news for the supposed “frontrunner” for the statuette.

It was no great surprise that the Golden Globes chose Nicole Kidman as the best dramatic actress of the year for her performance in Being the Ricardos. The voters of the Hollywood Foreign Press Association were the first to catch a glimpse of the raw talent of the Australian in 1995 when then, for the public and the industry, Kidman was little more than Tom Cruise’s wife. Your award for All for a dream opened the season. The tribute to the figure of the pioneer Lucille Ball is the fifth Globe of her career.

The most worrying setback for the protagonist of Pablo Larraín’s biopic came with her absence from the Screen Actors Guild nominations, a key precursor for candidates who want to arrive with options at the gala. Since the creation of the SAGs in 1995, no Oscar winner for best actress had been left out of the Screen Actors Guild Awards.

Last week the British Academy made public the list of 15 candidates who passed the cut prior to the nominations that will be made public on February 3. Penélope Cruz was the great absentee of the four interpretive disciplines. Although his chances of reaching a fourth nomination suffer after the setback at the BAFTAs and his expected absence at the SAG, the actors branch of the Academy tends to value performances in languages ​​other than English more than the rest of the awards organizations. . There is still hope.

With Stewart’s options hanging in the balance after a disastrous start to the year, uncertainty takes over the category for the second consecutive year. In 2020 we saw how each of the candidates won a different award before the academics ruled: Frances McDormand the BAFTA, Viola Davis the SAG, Carey Mulligan the Critics Choice and Andra Day the Golden Globe. This year it does not seem that the awards are going to be distributed in a Solomonic way, but everything indicates that it will be necessary to resort to the photo finish again to know who goes up to the Dolby Theater on March 27.

Next, we review, from more to less options to reach the Oscars, the state of the race in the category of best leading actress.

1. Olivia Colman by The Lost Daughter


Olivia Colman is the most respected actress in the industry in the last five years. With The favourite, the Englishwoman prevailed over the eternal maid of honor at the Oscars, Glenn Close. With The father, touched the statuette that ended up winning Youn Yu Jung. The Crown It has given her her first Emmy and her third Golden Globe. It is easy to imagine that the interpreter was very close to accompanying Anthony Hopkins and Florian Zeller in the list of winners. Your work in The Lost Daugher is shocking and Colman may benefit from being, if the stakes are right, the only candidate not nominated this year for a biopic.

2. Nicole Kidman by Being the Ricardos 
Nicole Kidman has already won the Golden Globe and is the big favorite to win the SAG, an award she has only won with Big Little Lies. The Australian brings to life a Hollywood icon and there is nothing that academics like so much as the stories that tell about themselves. In spite of everything, there are two details that play against her: that Kidman only has four previous nominations suggests that she is not the favorite actress of her colleagues by profession and, more importantly, the second Oscars tend to be more incontestable. Tell Hilary Swank (Million Dollar Baby), Cate Blanchett (Blue Jasmine) o Renée Zellweger (Judy). 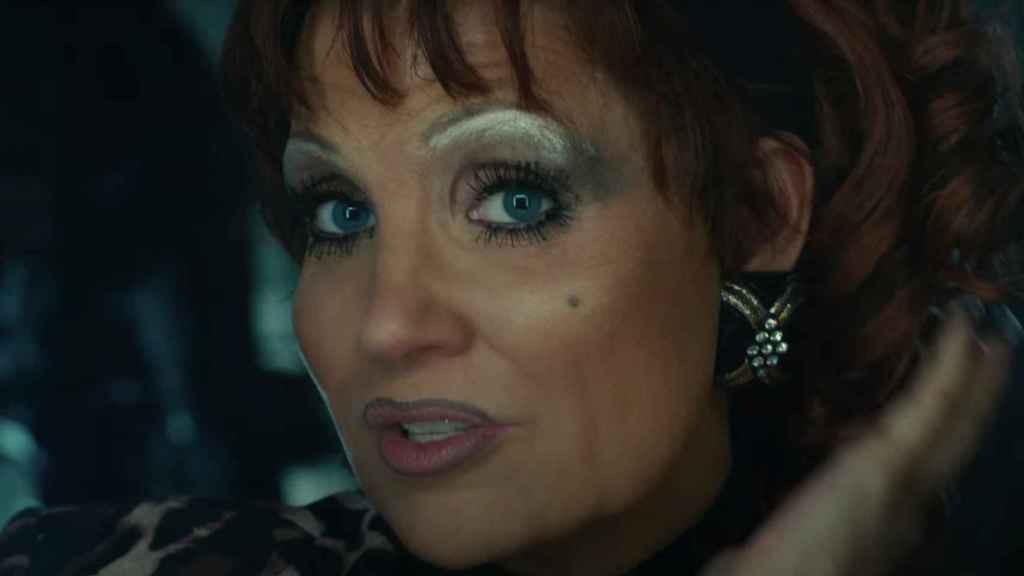 
The box office crash last September Tammy Faye’s eyes (in Spain it opens in February) made us fear the worst. Over the months it has become clear that the problem was not just the biopic: with the exception of The Gucci house Y Dune, viewers have not set foot in theaters this year to see adult films. Jessica Chastain, an actress who seemed like she was going to conquer the world after her triumphant arrival in Hollywood in 2011, has been in all the key appointments of the career and her transformation as Tammy Faye fits perfectly with the historical trend of the Academy in this category.

4. Lady Gaga by The Gucci house 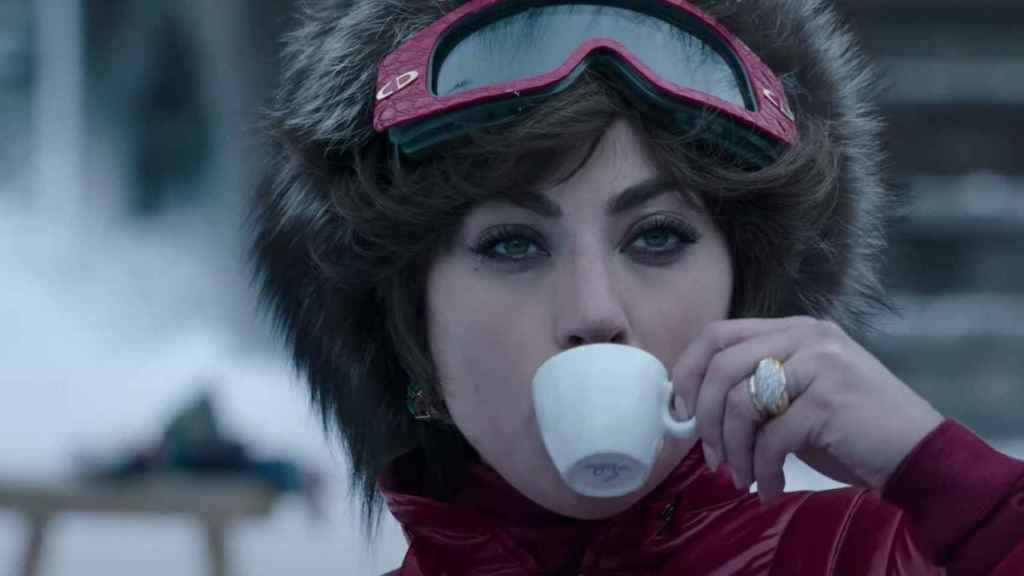 ‘The House of Gucci’ is the second main character of Lady Gaga.


Lady Gaga is the only star who has been able to bring viewers to theaters in 2021 without the support of an intellectual property behind. The actress and singer wants to be at the Oscars and for the general public to see her magnetic work as Patrizia Reggiani, as her relentless campaign has made clear. the protagonist of the gucci housei has many ballots to follow in the footsteps of Barbra Streisand or Cher, other music stars who were also recognized by the Academy when they tackled other types of stories in just as we were, Moon spell Y Silkwood. At this point in her career, it would be a huge surprise if Gaga was left out of the nominations. 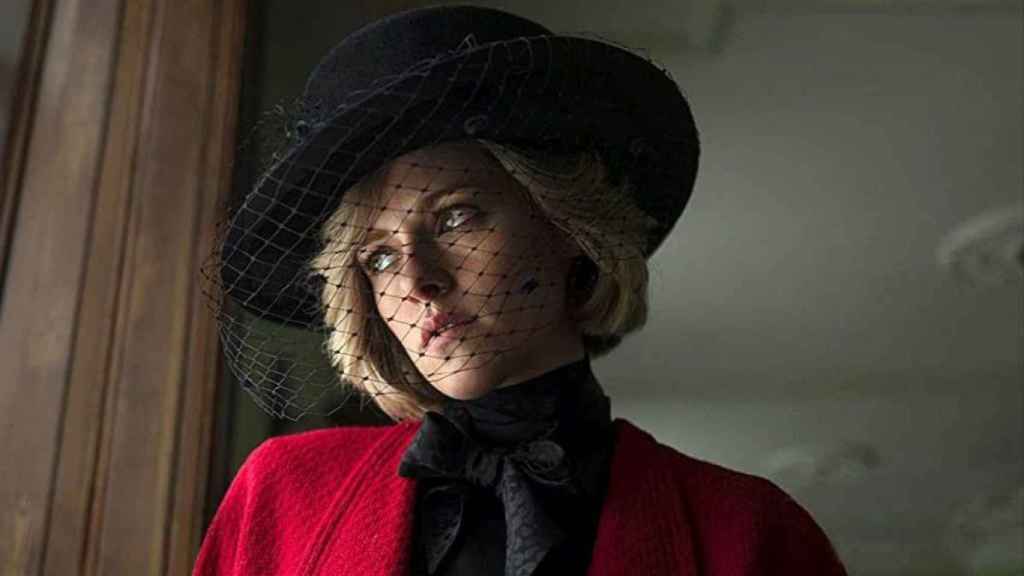 
The two blows that Stewart has received in the beginning of the year are, at the same time, good and bad news for his prize options. Bad because history plays against their chances of taking the statuette. But they can also be good because her absence from the SAGs is a motivation for those who respect her performance as Diana to vote for her first (on the ballot academics have to order the work of the nominees) instead of betting on jobs. with, supposedly, fewer options. Statistics say that the Oscar is unlikely. The nomination should be the reward for a jump to an irregular but always interesting adult career. 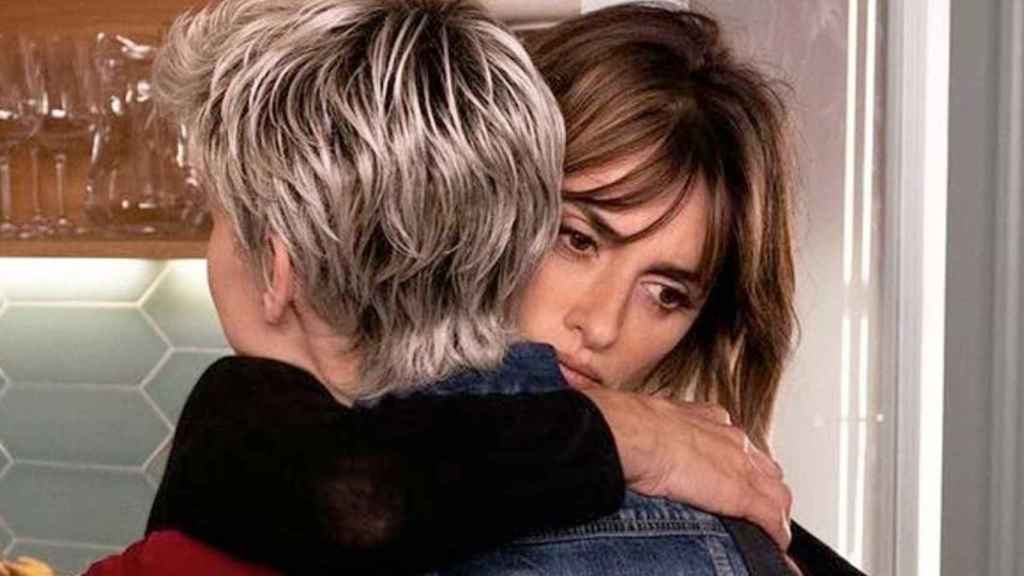 
Madrid’s Oscar race in 2021 is the living image of the expression “one of lime and one of sand”. the protagonist of parallel mothers it won the Volpi Cup and won awards from the two most important critics’ associations in the United States: Los Angeles and the National Society of Film Critics. However, her name did not appear in the Golden Globes, the Critics, the SAG, or even on the list of 15 actresses who made the cut at the BAFTAs. Although Penélope Cruz’s status in Hollywood may be enough to overcome these obstacles, with the numbers in hand, we cannot bet on the Spanish.

7. Rachel Zegler by West Side Story 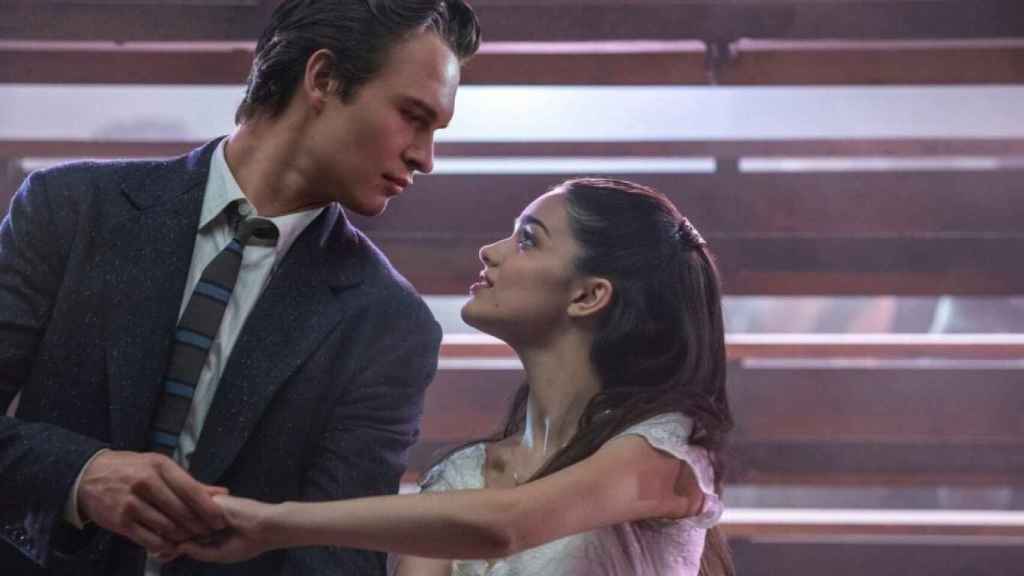 
The discovery of Steven Spielberg is reinforced by his triumph in the ghost edition of the Golden Globes, although the same thing happens to the new version of the classic as to all the previous montages of West Side Story: the secondary ones eat Tony and Maria. Ariana DeBose is doing the same thing with her co-stars. That she is nominated in the SAG and not Rachel Zegler It is, surely, a spoiler of what is going to happen at the Oscars. 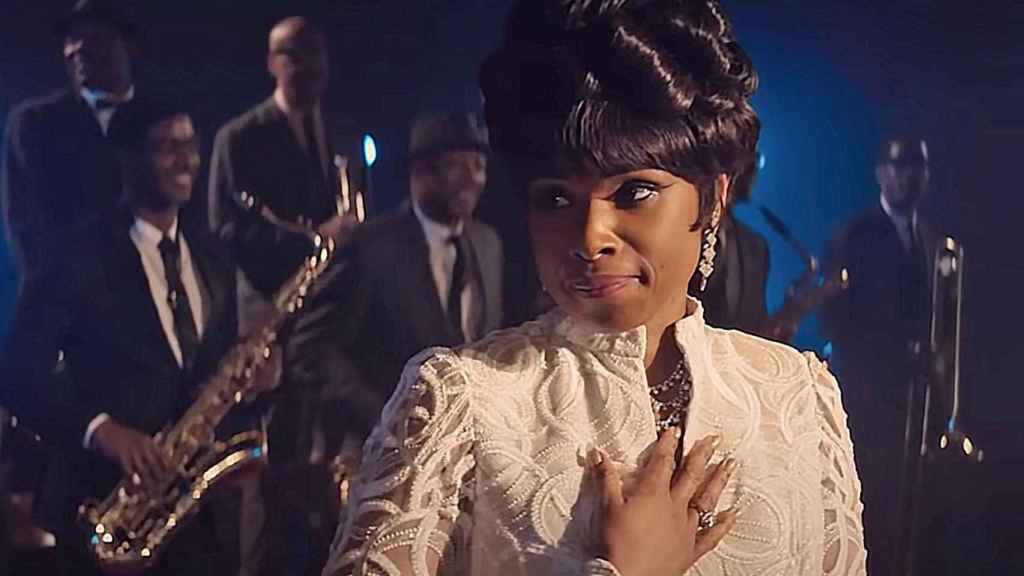 
The Screen Actors Guild nomination brings the Oscar winner back into the race for Dreamgirls. Jennifer Hudson has struggled to find her place in the acting industry in the 15 years since her award-winning debut. Interpret an icon as Aretha Franklin will attract the attention of academics, but in an edition dominated by biopics it is quite likely that Respect, released in the summer, remains in the pipeline at the time of voting. 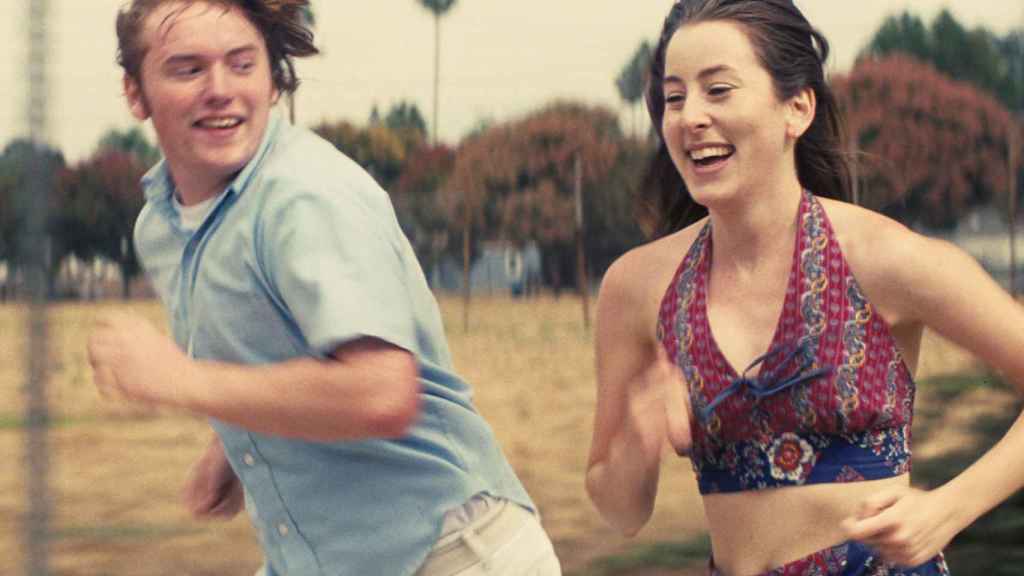 
A victory at the Golden Globes would have helped in the campaign of Alana Haim, the second most awarded actress by critics associations, only behind Kristen Stewart. Especially when it has strong competition from both debutantes (Rachel Zegler) and pop stars making the jump to the movies (Lady Gaga and Jennifer Hudson). His nomination would be one of the big surprises of the year.

10. The discarded… except for a capital surprise

The preseason of the Oscars has left a trail of victims who have been, in principle, without options to achieve the nomination. the norwegian Renate Reinsve, winner of the Cannes acting award for the worst person in the world, has seen how Penélope Cruz overtook her in the associations of critics who were committed to recognizing non-English speaking interpretations. Emilia Jones, the young revelation of CODA, has seen how his fictional parents (Troy Kotsur and, to a lesser extent, Marlee Matlin) have concentrated the love for the film – Sundance 2021 event. Although Tessa Thompson gives one of the most subtle performances of the year in the period drama ChiaroscuroVoters are turning their admiration for Rebecca Hall’s first opera to her co-star, Ruth Negga.

jodie eat, the soul of the last duel, has suffered the consequences of a narrative that has crowned Ridley Scott’s film as one of the great failures of the year. Frances McDormand closes the group of applicants who, except for a major surprise, have fallen by the wayside in the awards season. The three-time winner of the category, a record only equaled or surpassed by Katharine Hepburn, has seen all the acknowledgments for the new adaptation of Macbeth they were for his co-star, Denzel Washington.

• Oscar Awards 2022: The favorites for Best Picture one month before the nominations

• Oscar Awards 2022: what you need to know about the rivals of ‘The Good Boss’ for Best International Film

Oscar Awards 2022: The race for Best Actress after the debacle of Kristen Stewart in the Screen Actors Guild