Chloe Zhao, winner of the Oscar for Directing for Nomadland (2021), is given the difficult task of running the project, which has no direct connection with the other films in the franchise. The Chinese director, who declares herself a fan of Marvel, was free to bring her vision to the company’s expanded universe.

The film tells the story of a powerful extraterrestrial race called eternal, which was designed to protect the Earth. The Celestials, who are its creators, are a kind of cosmic beings, capable of altering matter and are also responsible for the creation of the Deviants, the enemies that threaten the planet and must be fought by the group of superheroes. The Eternals have lived in hiding on Earth since the dawn of history, but recent events have forced them to reveal themselves to fight their rivals. 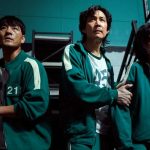 When interviewed by the Fandango portal, Zhao commented that she made a long presentation to Kevin Feige – producer of all MCU films – with her interests and ideas. Hired to direct it, the artist also received credits as screenwriter for the work. Characteristics of his previous work can be observed, such as the use of framing large locations and beautiful landscapes to set the plot – unlike computerized scenarios -, with the premise of encouraging the viewer to have their own interpretation of the relationship between the characters and the space in which they are inserted.

As it is a story that spans thousands of years, the Chinese woman’s job was not easy. “Eternos” had been filmed before the new coronavirus pandemic, but due to the health crisis, it was delayed several times to accommodate the new post-production deadlines. In addition, some scenes had to be re-shot, which made the production of the project take longer than usual.

The film functions as a complete story that can be enjoyed without knowing the studio’s previous work, which may disappoint some fans who are used to theory-making and looking for references in the finer details. Despite this, the events highlighted in this project may have future implications for the publisher’s upcoming releases.

The film follows Shang-Chi and the Legend of Ten Rings, which premiered in Brazil in September and also raises the debate on representation. While Shang-Chi was the first MCU film to have a predominantly Asian cast, led by Sino-Canadian actor Simu Liu as the protagonist and Japanese descent director Destin Daniel Cretton, it is in Eternals that we have the franchise’s first Chinese director. The start of phase four of the studio’s projects is marked by these two great productions, which break with the formula for which the publisher has become known in its more than 20 films.

Anyone interested in the superhero theme can start preparing for the movie’s premiere, which hits theaters on November 5th. Search for books, comic books, movies and games to buy during the Black Friday is also an option. The date, which brings together promotions of the most diverse products, takes place at the end of November and can be a good opportunity to save and also to anticipate the purchase of gifts for Christmas.