Dragon 2 Endeavor capsule after opening the parachutes before launching as part of the Crew-2 mission (Source: SpaceX / NASA)

Dragon 2 Endeavor capsule after opening the parachutes before launching as part of the Crew-2 mission (Source: SpaceX / NASA)

On November 9 at 04:33 CEST (03:44 UTC), the Dragon 2 Endeavor manned capsule returned to Earth by launching in the Gulf of Mexico near the Florida city of Pensacola. Thus, the second operational mission of NASA’s commercial manned flights program (eng. Commercial Crew), Crew-2.

The @SpaceX Crew Dragon Endeavour has splashed down off the coast of Florida at 10:33pm ET (03:33 UTC), returning the Crew-2 astronauts back to Earth after more than six months aboard the @Space_Station: pic.twitter.com/yZkjL27Cd8

The Crew-2 mission began on April 23 this year, when the Falcon 9 rocket took off from the LC-39A platform at the Space Center. Kennedy (KSC) in Florida and delivered the Dragon 2 Endeavor manned capsule into orbit. On board were two NASA astronauts – Shane Kimbrough and Megan McArthur, the astronaut of the Japanese JAXA agency – Akihiko Hoshide, and the European Space Agency (ESA) astronaut – Thomas Pesquet. Just over 23 hours after take-off, the vehicle docked at the International Space Station.

While at the station, the astronauts conducted numerous scientific studies, such as analyzing the behavior of flames or growing plants in microgravity. They also conducted repair work, tested technology demonstrators, and Kimbrough, Hoshide and Pesquet made a total of four space walks to install new solar panels at the station. The last walk attended by Hoshide and Pesquet was the first in the history of the ISS not to be attended by any US or Russian astronauts. 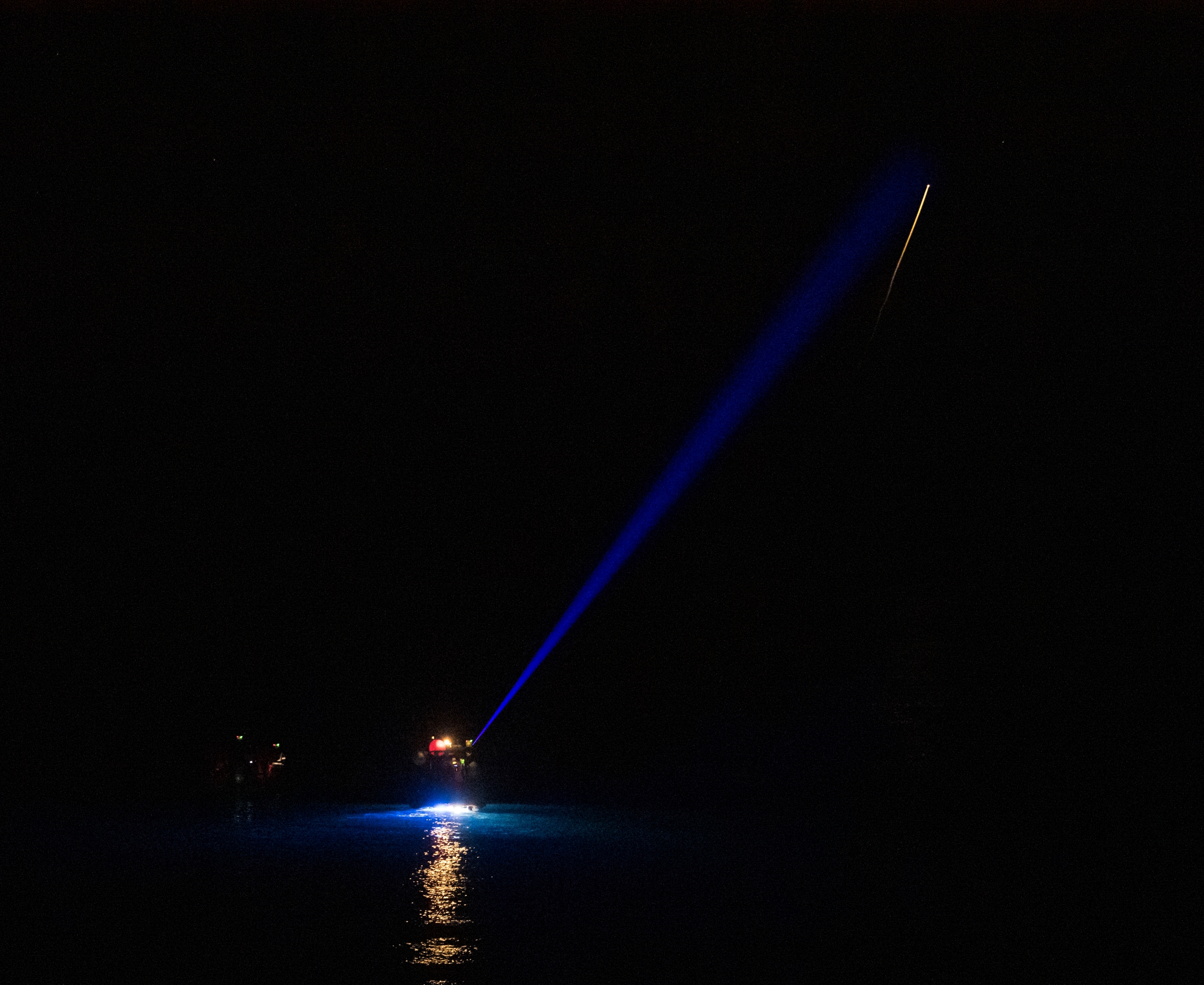 The Dragon 2 Endeavor capsule hatch was re-closed on November 8 at 18:15 CEST (17:15 UTC). The vehicle detached from the ISS at 20:05 CEST (19:05 UTC). Then a maneuver of approximately two hours to circle the station at a distance of approximately 200 meters was performed. During this time, Thomas Pesquet and Akihiko Hoshide took pictures of the station from different perspectives, which is to help assess the condition of the external elements of the ISS. The last similar full orbit around the station was made in 2011 by the space shuttle.

After 22:00 Polish time (21:00 UTC), maneuvers to move the vehicle away from the station began. Less than an hour before the launch, the 16-minute deorbitation maneuver with Draco auxiliary engines began, after which the nose was closed in the front of the vehicle. After entering the atmosphere, there was a seven-minute cutoff due to the hot plasma surrounding the vehicle. When the capsule lost most of its speed, the auxiliary parachutes were released, followed by the main parachutes.

After the four main parachutes were released, one of them, unlike the others, did not fill up with air right away, it took more than a minute. Kathy Lueders, head of the Crew Exploration Division at NASA, said the teams will look at the parachute stress distribution before taking off with the next Crew-3 mission to understand this behavior. She also said that a similar effect has been seen many times in testing and is usually due to the lines bundling up into bundles before aerodynamic forces open and separate the parachutes more fully. The forces acting on the capsule and the rate of its speed decrease were as predicted, which may mean that the behavior of the parachute was not a symptom of major problems.

The @SpaceX Crew Dragon Endeavour vehicle has been successfully lifted out of the water and placed in the “Dragon’s Nest” aboard the recovery vessel. pic.twitter.com/7alK4mRiJU

About 30 minutes after returning to Earth, the capsule was pulled aboard the GO Navigator, then the hatch was opened and the astronauts left the vehicle. They underwent preliminary medical examinations and were then taken ashore by helicopter. 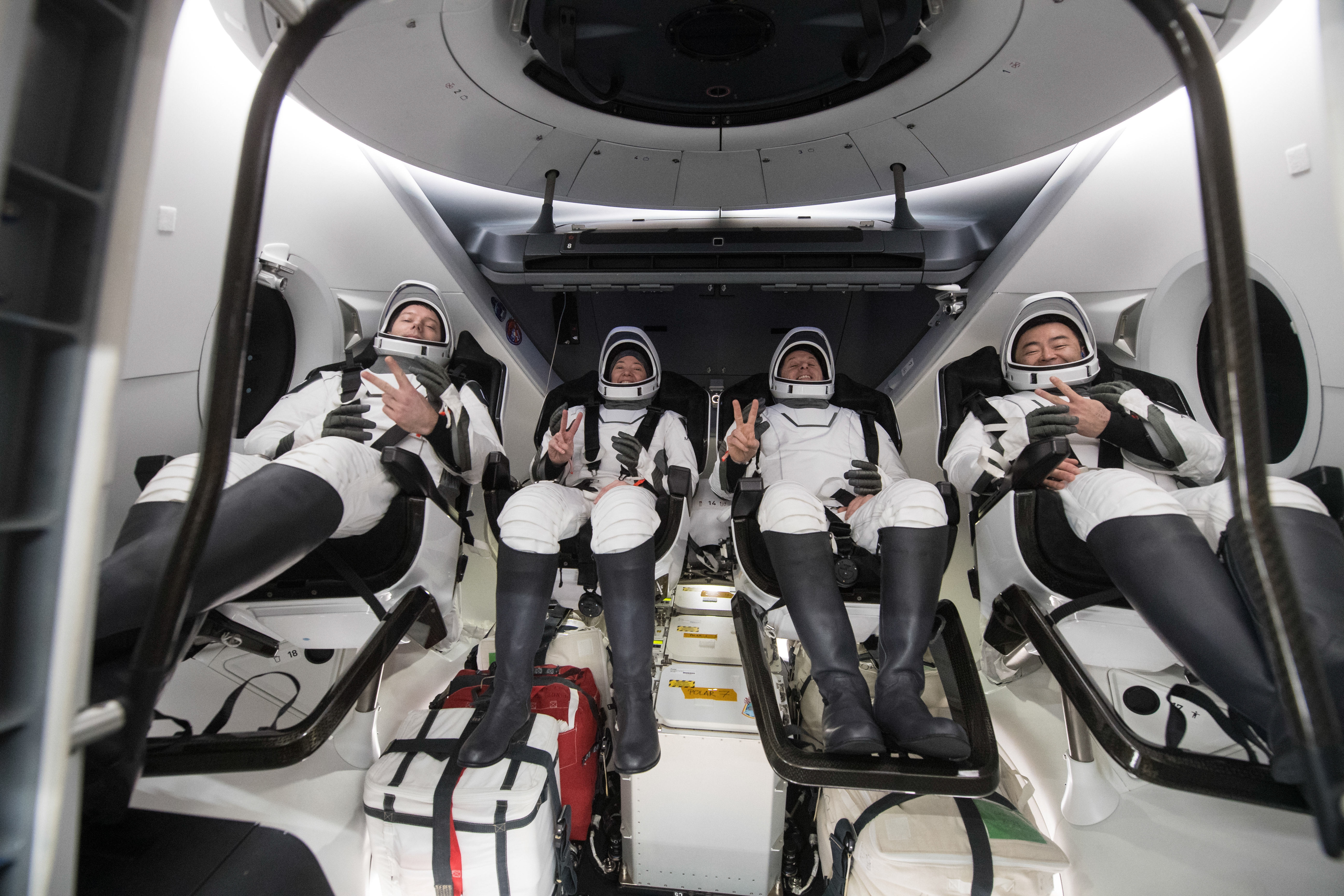 During their return to Earth, the astronauts were not allowed to use the capsule toilet. This is due to the fact that during the private manned mission, Inspiration4, a leak was detected in the toilet system of the Dragon 2 Resilience capsule and upon inspections it was found that the Endeavor capsule has a similar problem. SpaceX has conducted extensive testing to ensure that it does not lead to corrosion threatening the vehicle. In collaboration with NASA, it was determined that this problem poses no danger to the crew. During subsequent flights, the capsules will be equipped with a redesigned toilet system.

The Dragon 2 Endeavor capsule has been in space for more than 199 days, setting a single flight record for US spacecraft. The previous record belonged to the Dragon 2 Resilience vehicle and was 167 days. This was the second Endeavor capsule mission that had previously also participated in the Crew Demo-2 mission.

Initially, it was planned that the Crew-2 mission would not end until the Dragon 2 Endurance capsule arrives at the ISS as part of the next mission, Crew-3. NASA prefers this method of replacing the crew at the station because it avoids the reduced number of astronauts in the American part of the station. Due to the delays in the launch of the Crew-3 mission, however, it was decided that the Crew-2 mission should end earlier.

Full footage of the hatch closing, disconnection from the station, and return to Earth can be seen below.