To play at the Acropolis Palace just two days later, the last two Black Lips concerts in the Czech Republic would be exactly four years apart. Now David Bowie’s former favorites have come to present the new, already ninth series “Sing In A World That’s Falling Apart”. And while it’s not their fault, it didn’t turn out well.

place: Akropolis Palace, Prague
date: October 29, 2021
The photos come from the last concert in MeetFactory, we didn’t have a photographer at the current one.

You can read about them on the Internet that their performances are famous for all sorts of bizarre elements – peeing, nudity, lit guitars, remote control car races, fireworks, vomiting, … The last time Black Lips played with us was Halloween, so they pulled a perforated undershirt or a hospital nurse’s costume from the closet, under which the saxophonists were deliberately seen with a distinctive thong, painted from head to toe and threw the stage of the MeetFactory in Smíchov with toilet paper. Unfortunately, all this has already been wasted. “We’re a little old,” they say about themselves today. And so the Acropolis Palace received an almost normal, civilian concert. Even the truck mega-maker had disappeared from Jared Swilley’s face. And while it’s nice that the music itself came to the fore again over time, you can’t help but think it’s quite a shame. As a result, the Black Lips were distinctive, easy to remember, and stood out from the crowd. Now, during the defined hour, they could only be captivated by their garage rock with a sign “Made in Atlanta”. The magic is so gone. 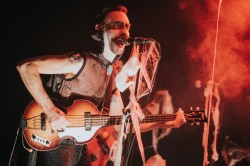 And just like years ago, fans lost interest in Kiss when they performed for a while without significant make-up, or Hollywood Undead a few years ago, when they took off their masks years later and found out that their music wasn’t worth much, we now find out at Black Lips that there are groups in the world with more musically engaging work. But maybe they’re not to blame. Maybe just – like their backing band – they paid extra for the sound engineer. The half-hour performed by the Czech-English garage duo Arrogant Twins was one big headache. Which, of course, is not the fault of its members. Do you know the feeling when you have a rough idea of ​​what you should hear at a concert, and it doesn’t work? That was exactly it. Short, coarse-grained songs might sound similar to the more famous Slaves in normal situations, but that would have to go out of the speakers with something other than a tangle of guitar tones with overexcited cymbals, in which you had absolutely no chance to understand what the pair with the unadulterated punk he sings by nature. And rather than play with the sound engineer, he added to the volume. As a visitor, you can clearly hear that the Arrogant Twins are playing a cut, but you can’t decipher what it’s all about, no matter where you step in the hall. Despite the fact that the drummer asked in vain for a good third of the performance of the missing microphone. 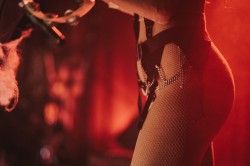 And unfortunately it wasn’t much better with Black Lips. Fortunately, their songs are a bit more articulated, they have more pronounced melodies, and when you have listened to them, you catch on to the chorus. But even here it turned out that when four of the five musicians sing alternately to four different microphones, the sound engineer does not have time to switch between them. We heard some members too faintly at different stages of the concert and such a saxophone could no longer be heard at all. Which is a wonder for such a distinctive musical instrument. From the songs played, for example, “Can’t Hold On”, “Crystal Night”, “Holding Me, Holding You”, “Boomerang” or “Hooker Jon” were safely recognizable. The wild years were commemorated by an impact kiss between two guitarists. Unfortunately, due to the unbalanced sound, it was not a great cultural experience. Which, in particular, really freezes these days.

LIVE: The Black Lips at the Acropolis Palace may not even have played