Petr Muk’s second album “Scars of Love” was the beginning of a new chapter in the singer’s career. He teamed up with producer Michal Šetka and turned the imaginary rudder to a more straightforward pop. Several hits helped him back to prominence. “Scars of Love” celebrated its twenties last year, and an extended reissue was published this year.

At the time of the release, “Scars of Love” caused a stir and not all responses to this album were entirely positive. Petr Muk financed the filming himself and for the first time joined forces with Michal Šetka. Let’s leave aside the question of whether it should have been a much shorter-term cooperation than it was in the end (unfortunately, nothing can be changed in this retrospective view). Petr and Michal searched for common language in synth pop, discovered keyboard sounds and looked at their common favorite bands, especially Depeche Mode or Erasure. The result brought several hits, the most important things being “You Dance Alone” and “I’m Rising in Your Head”.

The musical component was under their exclusive direction, and the texts written by Muk himself were joined by long-time partners Jan Dvořák or Petr Hons. The introductory “Don’t Sleep” thus became the flagship of sound changes. As a result, “Scars of Love” brought a fairly balanced collection of songs, which for many years became the centerpiece of the performer’s concert setlists. Even after years, the touching “Dancing Alone” remains unheard of, after all the material is a bit of a period haze. Although in the eyes of many fans it was the strongest constellation of all years under Šetka’s baton, the subsequent recordings “Touches of a Dream” and “Fate in the Palms” prove the opposite. After a successful reissue of the singer’s nameless debut, a new release of the studio duo had to logically take place. Cédéčko is in a neat digipack and there is an accompanying word by Karel Deniš, in which he looks back to the times of the recording and recalls important turning points. However, the whole is not fully tightened and there are reservations. First of all, you will be looking for some original demo versions here, which would be even more interesting in this case, because we would probably see songs in a piano or otherwise acoustic concept. The original bonuses from the cover single “Mirror / She’s Defending”, which closed the original CD, including the secret bonus “Shoes”, are now on the second disc, including the illogical twenty-second nipple of silence between “Mirror” and “Shoes” (again as one track), which thus makes a rather disturbing impression. An even bigger bug occurs on streaming platforms, where “Boots” are not even represented at all. As a bonus, listeners will receive remix versions of “I’m Rising in Your Head” and “Dancing Alone” for the first time, originally intended only for radio. “You Dance Alone (Rhodes Mix)” is a very successful thing that gives this ballad a whole new face. The only thing that freezes is the fact that many of the well-known remixes are unfortunately missing and were unnecessarily overlooked on this occasion. It is necessary to regret “Dancing alone” in “Turntable Mix”, which was a modified radio edit enriched with artificial crackling of vinyl, which completed a specific atmosphere – Petr himself was said to have liked this version the most. The promo single “Neusínej” was completely released and two adaptations (“Radio” and “Dance” mix). The “scars of love” have cracks again. 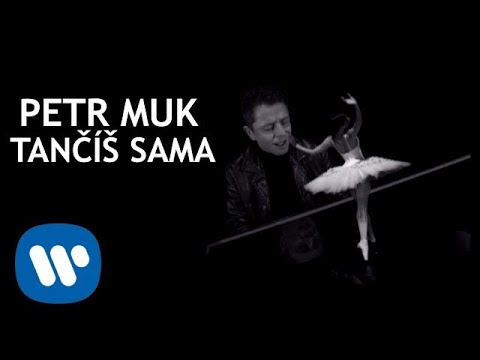 “Don’t sleep”, “You dance alone”, “I know you little”, “In the waves” or “You know scaring love” so they remain significant moments in Petr Muk’s career. The “scars of love” were a big step in a new direction that brought laurels. Although the reissue is not entirely consistent, it did not map this entire period to all the forgotten corners, but the effort is appreciated.

REVIEW: Petr Muka’s dusted “Scars of Love” are not without flaws