The film “Occupation” by director Michal Nohejl was made unnoticed by Czech cinemas, although it is a pity, but according to critics it is one of the better things that was created here in 2021. A soundtrack was also released for the film, where domestic certainties and hopes of psychedelic rock met. How does this selection work without an image?

Nohejl’s chamber work closes a disparate group of people into a run-down culture somewhere in timeless normalization and puts them in an unenviable situation – their drink after the theatrical performance is disrupted by a drunken Russian officer. The result cleverly balances between drama and absurd comedy, and shrouds everything in an unsettling haze that is, yes, a bit psychedelic. The decision to accompany the colorful paintings with music inspired by the musical wave of the late sixties was thus entirely possible.

The stage music was provided by La Petite Sonja and Hank J. Manchini (listed here as Disco Ocultista), the central pair of Kill The Dandies !. Their moody instrumental pieces work very well even without a picture, they thoroughly depict the atmosphere and supple, electronic fog-covered tracks such as “The Night Is Coming” or “Occupation Waltz” would not be lost in the jukeboxes of Lynch’s “Twin Peaks” series. Rather shorter things are less noticeable on the whole soundtrack, yet they work great and are definitely not in the numbers. The duo’s home formation also got its place. In addition to the swinging “Night City Heat Speed”, she also contributed three versions of the central song “How To Hold A Gun” – a catchy dark hit is available here as an instrumental and then with English and Russian lyrics. Madhouse Express shone with two significant contributions, both from last year’s “Surreal Meadow” album. The group Wounds of the Body was introduced in two forms – more fragile and coarser, the line-up is complemented by the release of Thee Lazy Eyes with surf-rock “Beach”, stylishly close, just sharper Old Folk House and Metronome Blues and Beps’n’Johnnies. A uniform haze of defocused guitars and nervous electronics hover over the entire collection, so the songs hold together and function as a tight album. But the creators couldn’t avoid the fundamental ailment of the song’s soundtracks: embedded excerpts from the film’s dialogues. Without context, they just don’t make much sense and reduce listening a bit. In some places, it really disturbs and hinders the smooth flow of music. And these cutouts don’t work at all the way the creators probably intended. Repeat while playing music out of them classic announcements will not happen. They get common very quickly. 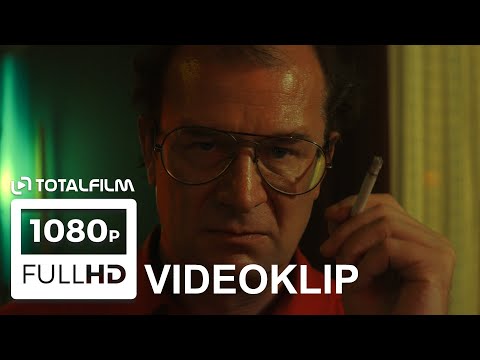 Film is not a necessity to fully appreciate the collection. It works very well on its own, as an erudite set of domestic retro-psychedelia, say, more mainstream. The result is more likely to be longer durability than the film itself, which, despite its undeniable qualities, is more for club cinemas.

REVIEW: The courttrack to the film “Occupation” offers a showcase of domestic retro-psychedelia